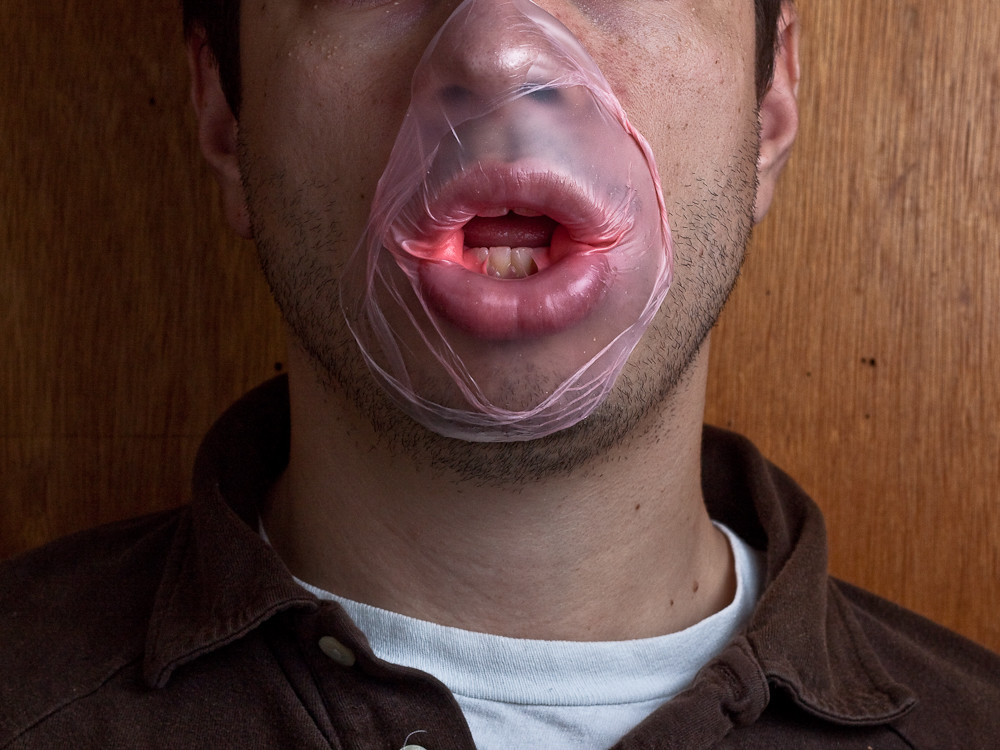 “Burst Bubble.” by jcgoforth is licensed under CC BY-NC-SA 2.0

In the wake of the collapse of the Internet bubble circa 2000, a public outcry about patent trolls caught the attention of Congress and the federal courts. A wild mix of reforms of the patent system resulted between about 2005 and 2015. Sometimes Congress did it and sometimes it was the courts. Amongst those reforms, Congress created inter partes review (IPR) as a predictable, less expensive and more certain way for accused infringers to invalidate patents which fell below statutory requirements. To decide IPRs, the Leahy-Smith America Invents Act of 2011 (AIA) also created the Patent Trial and Appeal Board (PTAB) as a successor to the US Patent & Trademark Office’s Board of Patent Appeals and Interferences.

The AIA is a long and complex statute which has tremendous potential economic impact. Bring on the lawyers! Subsequently the Supreme Court decided lots of interesting questions of statutory interpretation for the AIA. Here at SoCal IP Institute we have dutifully discussed each of them.

One issue kicking around for about three years – are PTAB judges even legit? The Supreme Court decided in United States v Arthrex, No. 19–1434 (June 21, 2021) that PTAB judges were not legitimate but through Supreme magic — poof–  they really are! Thus, the legitimacy of prior and future PTAB decisions are secure, at least under the Constitution’s Appointments Clause. Old decisions of the PTAB are secure, pending cases don’t need to be altered, and in the future maybe the Director of the USPTO will occasionally step in, akin to how the International Trade Commission sometimes steps on decisions of its administrative law judges. Who knows, maybe even the President will get involved.

This Supreme Court term we have discussed a pattern of unanimous Supreme Court decisions. Usually the justices find a technicality upon which they can all agree, thus dodging controversial questions. Not so here. Apparently the issue was not so controversial, freeing the justices to hotly debate esoteric patent issues, with Chief Justice Roberts awarding himself the honor of writing the majority opinion, of sorts. It’s four opinions spanning 72 pages. Perhaps the justices were just trying to one-up the judges of the Court of Appeals of the Federal Circuit, whom issued their own dizzying array of opinions in the underlying case denying a petition for rehearing en banc. Arthrex, Inc. v. Smith & Nephew, Inc., 941 F. 3d 1320 (Fed. Circ. 2019) (5 opinions spanning 62 pages).

Here’s the official syllabus from the Supreme Court Opinion:

The question in these cases is whether the authority of Administrative Patent Judges (APJs) to issue decisions on behalf of the Executive Branch is consistent with the Appointments Clause of the Constitution. APJs conduct adversarial proceedings for challenging the validity of an existing patent before the Patent Trial and Appeal Board (PTAB). During such proceedings, the PTAB sits in panels of at least three of its members, who are predominantly APJs. 35 U. S. C. §§6(a), (c). The Secretary of Commerce appoints all members of the PTAB—including 200-plus APJs—except for the Director, who is nominated by the President and confirmed by the Senate. §§3(b)(1), (b)(2)(A), 6(a). After Smith & Nephew, Inc., and ArthroCare Corp. (collectively, Smith & Nephew) petitioned for inter partes review of a patent secured by Arthrex, Inc., three APJs concluded that the patent was invalid. On appeal to the Federal Circuit, Arthrex claimed that the structure of the PTAB violated the Appointments Clause, which specifies how the President may appoint officers to assist in carrying out his responsibilities. Art. II, §2, cl. 2. Arthrex argued that the APJs were principal officers who must be appointed by the President with the advice and consent of the Senate, and that their appointment by the Secretary of Commerce was therefore unconstitutional. The Federal Circuit held that the APJs were principal officers whose appointments were unconstitutional because neither the Secretary nor Director can review their decisions or remove them at will. To remedy this constitutional violation, the Federal Circuit invalidated the APJs’ tenure protections, making them removable at will by the Secretary.

Held: The judgment is vacated, and the case is remanded.

THE CHIEF JUSTICE [Roberts] delivered the opinion of the Court with respect to Parts I and II, concluding that the unreviewable authority wielded by APJs during inter partes review is incompatible with their appointment by the Secretary of Commerce to an inferior office. Pp. 6–19.

(a) The Appointments Clause provides that only the President, with the advice and consent of the Senate, can appoint principal officers. With respect to inferior officers, the Clause permits Congress to vest appointment power “in the President alone, in the Courts of Law, or in the Heads of Departments.” Pp. 6–8.

(b) In Edmond v. United States, 520 U. S. 651, this Court explained that an inferior officer must be “directed and supervised at some level by others who were appointed by Presidential nomination with the advice and consent of the Senate.” Id., at 663. Applying that test to Coast Guard Court of Criminal Appeals judges appointed by the Secretary of Transportation, the Court held that the judges were inferior officers because they were effectively supervised by a combination of Presidentially nominated and Senate confirmed officers in the Executive Branch. Id., at 664–665. What the Court in Edmond found “significant” was that those judges had “no power to render a final decision on behalf of the United States unless permitted to do so by other Executive officers.” Id., at 665.

Such review by a superior executive officer is absent here. While the Director has tools of administrative oversight, neither he nor any other superior executive officer can directly review decisions by APJs. Only the PTAB itself “may grant rehearings.” §6(c). This restriction on review relieves the Director of responsibility for the final decisions rendered by APJs under his charge. Their decision—the final word within the Executive Branch—compels the Director to “issue and publish a certificate” canceling or confirming patent claims he had previously allowed. §318(b).

The Government and Smith & Nephew contend that the Director has various ways to indirectly influence the course of inter partes review. The Director, for example, could designate APJs predisposed to decide a case in his preferred manner. But such machinations blur the lines of accountability demanded by the Appointments Clause and leave the parties with neither an impartial decision by a panel of experts nor a transparent decision for which a politically accountable officer must take responsibility.

Even if the Director can refuse to designate APJs on future PTAB panels, he has no means of countermanding the final decision already on the books. Nor can the Secretary meaningfully control APJs through the threat of removal from federal service entirely because she can fire them only “for such cause as will promote the efficiency of the
service.” 5 U. S. C. §7513(a); see Seila Law LLC v. Consumer Financial Protection Bureau, 591 U. S. ___, ___. And the possibility of an appeal to the Federal Circuit does not provide the necessary supervision. APJs exercise executive power, and the President must be ultimately responsible for their actions. See Arlington v. FCC, 569 U. S.
290, 305, n. 4.

Given the insulation of PTAB decisions from any executive review, the President can neither oversee the PTAB himself nor “attribute the Board’s failings to those whom he can oversee.” Free Enterprise Fund v. Public Company Accounting Oversight Bd., 561 U. S. 477, 496. APJs accordingly exercise power that conflicts with the design of the Appointments Clause “to preserve political accountability.” Edmond, 520 U. S., at 663. Pp. 8–14.

(c) History reinforces the conclusion that the unreviewable executive power exercised by APJs is incompatible with their status as inferior officers. Founding-era congressional statutes and early decisions from this Court indicate that adequate supervision entails review of decisions issued by inferior officers. See, e.g., 1 Stat. 66–67; Barnard v. Ashley, 18 How. 43, 45. Congress carried that model of principal officer review into the modern administrative state. See, e.g., 5 U. S. C. §557(b).

According to the Government and Smith & Nephew, heads of department appoint a handful of contemporary officers who purportedly exercise final decisionmaking authority. Several of their examples, however, involve inferior officers whose decisions a superior executive officer can review or implement a system for reviewing. See, e.g., Freytag v. Commissioner, 501 U. S. 868. Nor does the structure of the PTAB draw support from the predecessor Board of Appeals, which determined the patentability of inventions in panels composed of examiners-in-chief without an appeal to the Commissioner. 44 Stat. 1335–1336. Those Board decisions could be reviewed by the Court of Customs and Patent Appeals—an executive tribunal—and may also have been subject to the unilateral control of the agency head. Pp. 14–18.

(d) The Court does not attempt to “set forth an exclusive criterion for distinguishing between principal and inferior officers for Appointments Clause purposes.” Edmond, 520 U. S., at 661. Many decisions by inferior officers do not bind the Executive Branch to exercise executive power in a particular manner, and the Court does not address
supervision outside the context of adjudication. Here, however, Congress has assigned APJs “significant authority” in adjudicating the public rights of private parties, while also insulating their decisions from review and their offices from removal. Buckley v. Valeo, 424 U. S. 1, 126. Pp. 18–19.

THE CHIEF JUSTICE, joined by JUSTICE ALITO, JUSTICE KAVANAUGH, and JUSTICE BARRETT, concluded in Part III that §6(c) cannot constitutionally be enforced to the extent that its requirements prevent the Director from reviewing final decisions rendered by APJs. The Director accordingly may review final PTAB decisions and, upon review,
may issue decisions himself on behalf of the Board. Section 6(c) otherwise remains operative as to the other members of the PTAB. When reviewing such a decision by the Director, a court must decide the case “conformably to the constitution, disregarding the law” placing restrictions on his review authority in violation of Article II. Marbury v.
Madison, 1 Cranch 137, 178.

The appropriate remedy is a remand to the Acting Director to decide whether to rehear the petition filed by Smith & Nephew. A limited remand provides an adequate opportunity for review by a principal officer. Because the source of the constitutional violation is the restraint on the review authority of the Director, rather than the appointment of APJs by the Secretary, Arthrex is not entitled to a hearing before a
new panel of APJs. Pp. 19–23.

We will be discuss this decision on June 28, 2021 during the regular meeting of SoCal IP Institute. Guest are welcome in person and via video conference beginning at 1:00 pm. Simply email elisham @ socalip.com (remove the spaces which were added to to avoid spammers) to RSVP. This activity is approved for 1 hour of California MCLE credit.