For our weekly SoCal IP Institute meeting on Monday, August 1, 2016, we will discuss the following:

United States v. Throne, No. 16-cr-00073 (D. Colo. April 5, 2016) (available here). Here, Mr. Throne was hired to be Hunter Douglas’ in-house IP counsel in 1993.  He continued in that capacity, with a promotion to IP General Counsel, until June 12, 2014.  In December of 1999, Mr. Throne formed the Patent Services Group, Inc. as a Colorado corporation.  He opened a bank account for PSG soon thereafter. In 2007, Hunter Douglas formalized its policy of having each employee pre-clear any outside work they performed for others.  Mr. Throne confirmed that he did not have any outside employment in a signed agreement with Hunter Douglas.

Beginning in early 2000, Mr. Throne prepared and submitted a total of 168 falsified invoices from PSG to Hunter Douglas.  Then, in his capacity as IP counsel, Mr. Throne approved those invoices which were then paid by the accounting department.  These invoices often amounted to approximately $40,000 in a given month.  This continued for nearly 14 years, with the total amount exceeding $4.8 million.  A later search of Mr. Throne’s computers, both at home and at work, resulted in no apparent work product that was preformed by PSG. Mr. Throne moved to Maine full-time in 2004, but continued in his capacity as IP counsel with the approval of his supervisors.

I have NO idea what all of the “Patent services group” astronomical charges are. Jason, do you know what those are? I have never heard of that.

Later that same day, Throne sent an email to the patent engineer:

[PSG] is a patent search service that I use that tracks a number of different developments throughout the organization. [They] conduct state of the art searchers for different inventors and … conduct validity searches for are [sic] lawsuits, which for this year have been very high.

Mr. Throne was confronted on June 3, 2014 and, soon thereafter, was terminated. 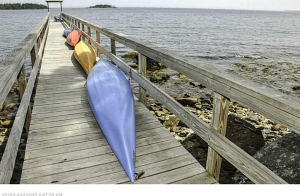 As you probably would expect, the OED opened an investigation into Mr. Throne’s actions.  This investigation largely agreed with the stipulated judgment.  As a result, Mr. Throne offered an Affidavit of Resignation from practice before the USPTO on March 4, 2015.  This Affidavit was accepted on April 22, 2015, but the OED order included a description of the reasons for the submission of the affidavit and indicated that Mr. Throne had violated a number of the provisions of 37 C.F.R. and, therefore, should he re-apply at any time in the future, his application would be denied.

On February 18, 2016, the United States, through the U.S. Attorney’s office, brought criminal charges in Colorado against Mr. Throne for (1) mail fraud and (2) filing a false tax return.  On April 5, 2016, Mr. Throne entered into a plea agreement with the U.S. Attorney’s office.  In that agreement, Mr. Throne agreed to pay $4.8 million to Hunter Douglas and another $345,000 to the IRS in back taxes and penalties for failing to properly report his income from the fraudulent scheme to the IRS.

Judgment was entered in the criminal case on July 14, 2016 pursuant to the plea agreement, including a sentence of 71 months in prison.  Mr. Throne had asked for a sentence of 41 months on the basis that if he served more, he would miss his son’s college graduation.  Judge Arguello was apparently unmoved.

All are invited to join us on Monday, August 1, 2016, at noon in our Westlake Village office. This activity is approved for 1 hour of Ethics MCLE credit. If you will be joining us, please RSVP to Elisha Manzur by 9 am Monday morning.