Our weekly SoCal IP Institute meeting on Monday, March 17, 2014 will be a discussion of patent infringement and venue. Brief synopses appear below.

Wells Fargo v. ABD Insurance, Case No. 13-15625 (9th Cir. Mar. 3, 2014) (available here).  Here, Wells Fargo purchased a company called ABD Insurance and Financial.  Wells Fargo began the process of integrating ABD into Wells Fargo and, as a part of that process, started rebranding.  However, Wells Fargo maintained the website, still used the name in marketing materials and accepted payments under the name.  The prior owners of ABD started a new company shortly after Wells Fargo allowed the ABD trademark registration to lapse.

Wells Fargo sought a preliminary injunction and the district court considered the trademark claim (only) and denied the injunction.  The 9th Circuit reversed stating that false advertising and trademark infringement are separate claims that must be analyzed independently of one another.  The 9th Circuit also gave some guidance on consideration of actual confusion evidence at the preliminary injunction phase and remanded for further consideration.

The fan tip was already the subject of a U.S. patent.  The application was refused registration on three bases: (1) failure to respond to a request from the examining attorney, (2) functionality, and (3) failure to provide a specimen corresponding to the applied-for mark.  Delta T appealed to the TTAB.

First, the TTAB disposed of the “failure” to respond by saying that the examining attorney had sought a specimen showing the mark prior to “application” to the fan.  The attorney for Delta T responded that nothing was applied prior to the fan coming into existence and, as such, could not respond to the request other than to say that it was impossible to comply.  The TTAB agreed, stating that the explanation was sufficient respond to the examining attorney’s request.

Next, the TTAB tackled the functionality issues with the test from Morton-Norwich: which includes the following factors:

Here, a patent existed and the functional features were touted in marketing materials.  Delta argued that yellow was not functional, but the TTAB indicated that this does not convert a functional mark into a non-functional one.

Finally, the TTAB found that the specimen (showing the mark in three dimensions as applied to a fan) differed from the mark applied for (in two dimensions).  The specimen can be seen here: 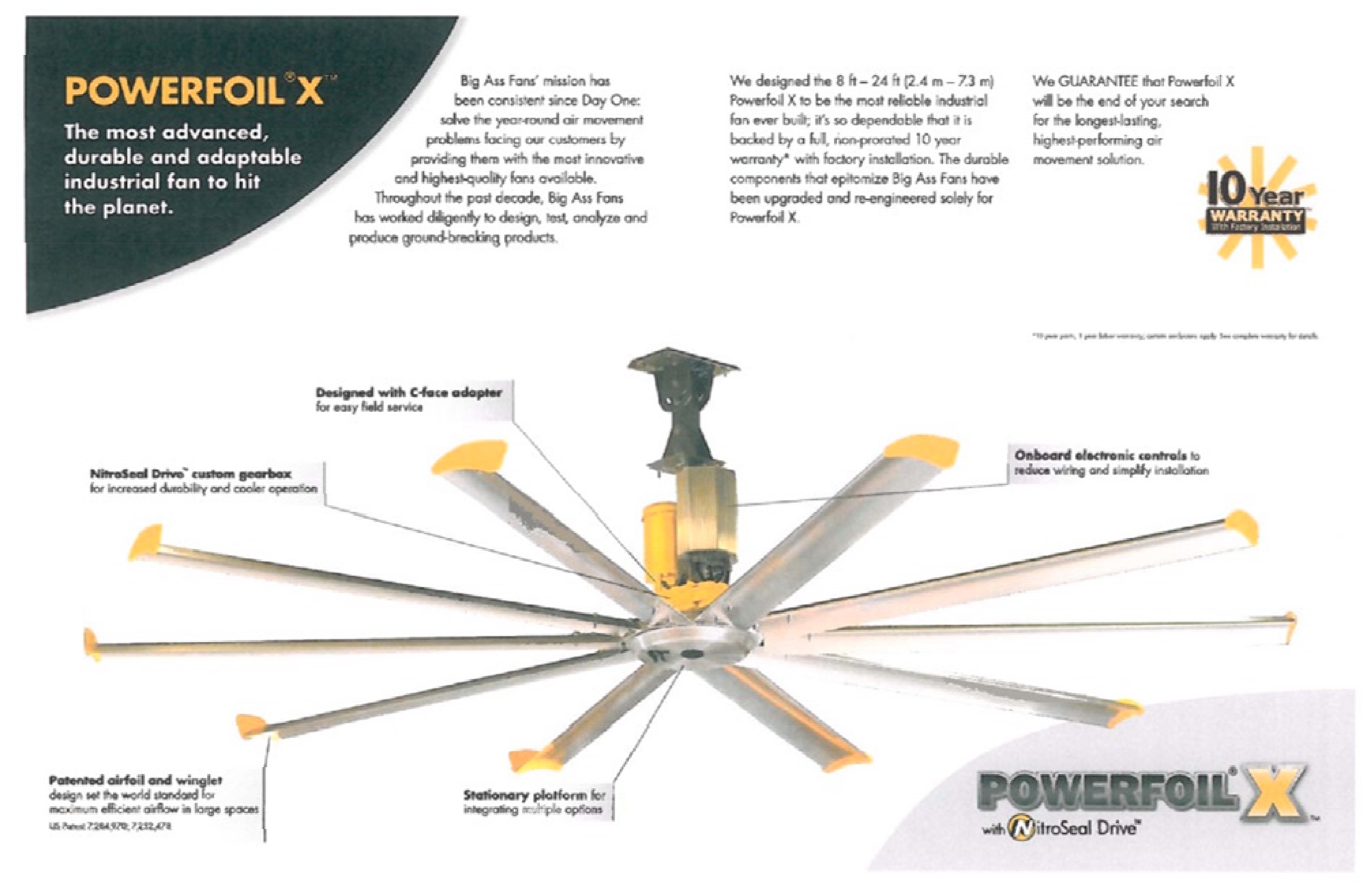 Accordingly, the refusal was affirmed on the final two bases.

All are invited to join us in our discussion during the SoCal IP Institute meeting on Monday, March 17, 2014 at Noon in our Westlake Village office. This activity is approved for 1 hour of MCLE credit. If you will be joining us, please RSVP to Noelle Smith by 9 am Monday morning.