Our weekly SoCal IP Institute meeting on Monday, March 9, 2015 will be a discussion of:

Acacia Patent Acquisition, LLC v. Superior Court of Orange County, Case No. G050226 (Cal. App. 4th 2/27/15 (available here).  Acacia sought the disqualification of the law firm of AlvaradoSmith, which: (1) previously represented another law firm in an attorney fee dispute; and (2) in this case, represents an expert seeking consulting fees arising out of the same underlying litigation as the attorney fee dispute. The California Court of Appeals for the Fourth Appellate District issued a stay order and an order to show cause. Upon review of the matter, the court concluded that AlvaradoSmith’s wide-ranging access to privileged information in the first representation and the substantial relationship between the two matters requires the disqualification of AlvaradoSmith. The court entered relief countermanding the respondent court’s contrary order. 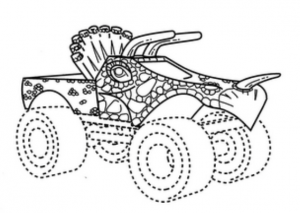 The TTAB found that the test was met and, further, that the mark functioned as a service mark for the identified services.  In addition, the usual use of a word mark, JURASSIC ATTACK, in connection with the design mark did not cause the applied-for mark to be mutilated.  Thus, both refusals for registration were reversed.

All are invited to join us in our discussion during the SoCal IP Institute meeting on Monday, March 9, 2015 at Noon in our Westlake Village office. This activity is approved for 1 hour of MCLE credit. If you will be joining us, please RSVP to Noelle Smith by 9 am Monday morning.