Happy New Year! Welcome to 2023. As we start the third decade of SoCal IP Law Group, we have some court decisions on fairly fundamental issues of patent law and procedure.

In Plastipak v Premium Waters, the Federal Circuit (J Stark) vacated and remanded on whether the plaintiff had sufficient rights to sue for infringement. In the lawsuit, plaintiff Plastipak Packaging alleged that Premium Waters infringed 12 patents on plastic bottles. In the district court, the defendant Premium Waters moved for summary judgment of invalidity, asserting that the patents were invalid for failure to include Falzoni, an employee of a Plastipak vendor, as a joint inventor. Although the district court (W.D.WI) concluded that all 12 patents were invalid for failure to name Falzoni as co-inventor, the Federal Circuit vacated, finding genuine disputes of material fact. This case shows that inventorship is a hard issue to win for a defendant at summary judgement.

In Treehouse Avatar v Valve, the Federal Circuit (J Reyna) affirmed the district court’s summary judgement of noninfringement. The district court concluded that the patentee, Treehouse Avatar, lacked sufficient evidence of infringement after striking the patentee’s expert report. The Federal Circuit agreed with the district court’s analysis. Valve succeeded in striking the expert report because it relied upon a “plain and ordinary meaning” of certain claim terms rather than the meanings stipulated by the parties: “We affirm that the grant of a motion to strike expert testimony is not improper when such testimony is based on a claim construction that is materially different from the construction adopted by the parties and the court.” The decision makes sense, but how did the plaintiff paint itself into this corner? 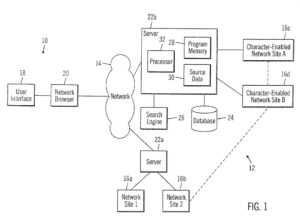